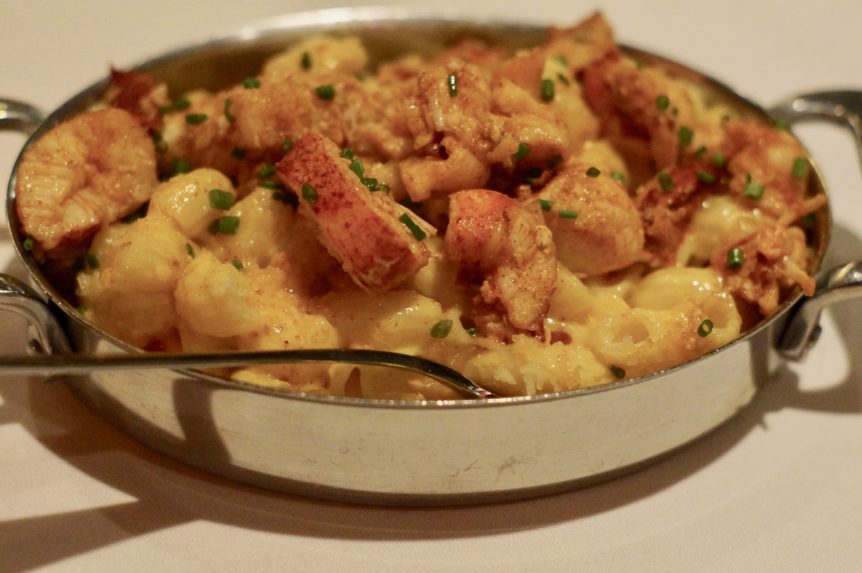 22 September 2017 –  These Philadelphian restaurants and bars have enough lobster to go around for National Lobster Day, this Monday, September 25, including “secret” menu items, Honduran Fire and Ice Lobster, and a Lobster Spaghetti! Come celebrate at the following locations:

1.) Ocean Prime: Although the Lobster Mac and Cheese ($21) is not a regular menu item at Ocean Prime, the off-menu dish remains one of the most popular sides at the Center City seafood and steakhouse. This “secret” add-on is nothing short of cheesy, boasting American, cheddar, Swiss, and parmesan cheeses. Chef Jenn Grosskruger, who says the Lobster Mac and Cheese is her go-to dish when she’s feeling decadent, finishes the gooey goodness with sliced truffle, truffle oil and 3 ounces of delicious poached lobster meat.

3.) Urban Farmer: Philadelphia’s modern farm-to-table steakhouse, is known for its diverse selection of butcher’s cuts of heritage-bred beef, in addition to grass-fed, grain-finished and corn-fed varieties. However, on National Lobster Day, the “rural chic” steakhouse is spotlighting their lobster dishes, including the Rosemary Lobster Spaghetti ($14) and Maine Lobster ($19). Chef Terry White’s popular side dish, boasts spaghetti topped with pickled ramp pesto cream, Cerignola olive, pecorino and lobster. Guests can also start their meal with the Maine Lobster appetizer, topped with a decadent truffled gribiche. Dinner is served 5pm-11pm on Monday.