We are a collective of proactive media savvy professionals who deliver measurable results in a timely fashion. We offer more than two decades of media, branding, consulting, writing, and TV and print advertising experience in both the corporate arena as well as small- to mid-range business development. 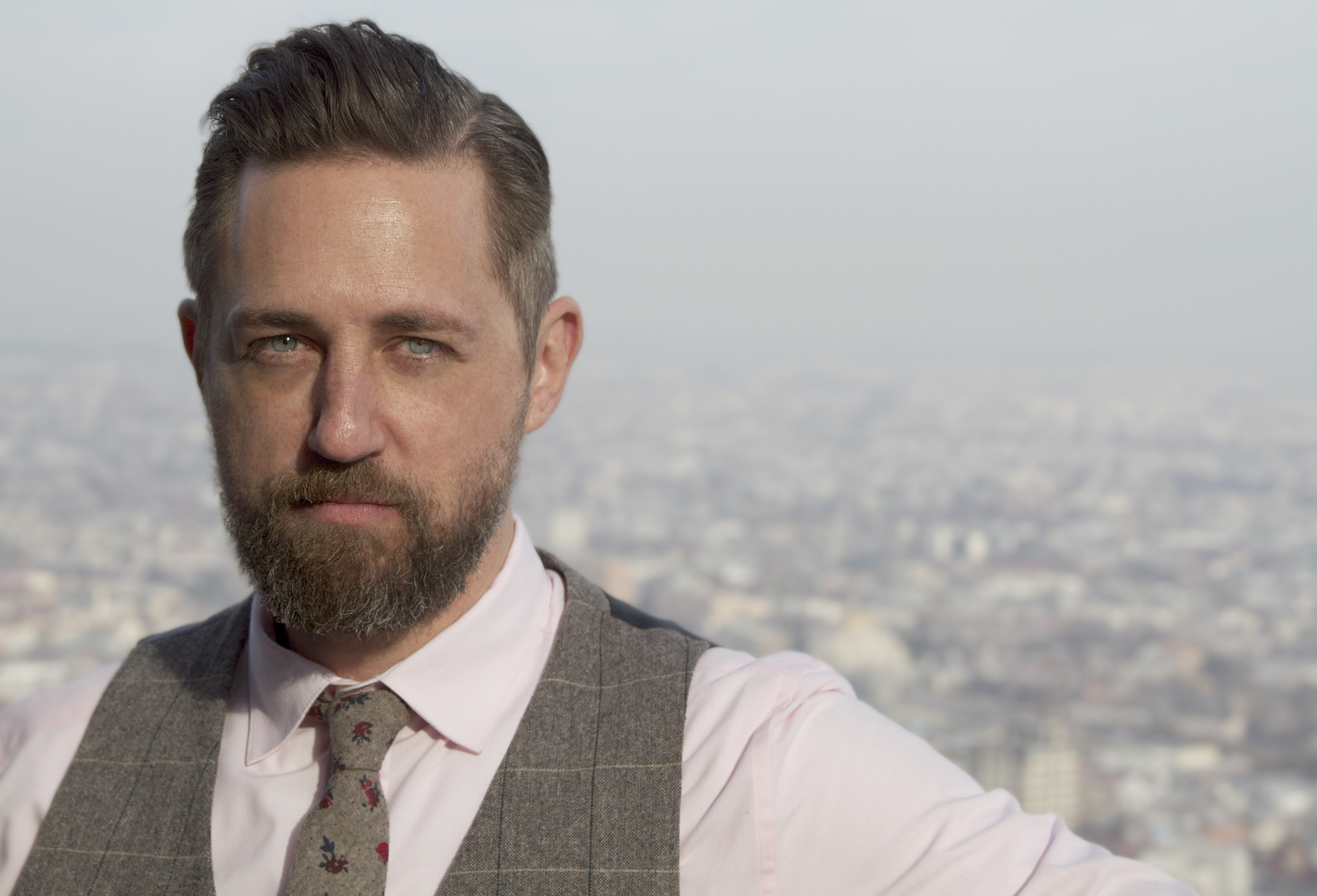 James – an admitted media junkie – is a seasoned journalist, editor, writer, and consultant who has edited Where Magazine in Philadelphia and Baltimore, as well as written extensively on the Philadelphia region, the culinary arts, real estate, trends, culture, music, nightlife, fitness, and more for a multitude of publications including Philadelphia Style and City Paper. Zeleniak has spent the last decade spearheading communication strategies regionally and nationally for clients of PUNCH Media and mentoring his growing team. As a principal partner in PUNCH Media, Zeleniak parlays his years of inside-industry experience and dynamic creativity into compelling campaigns that achieve desired results for a diverse client base. For the last five years Zeleniak has chaired the PR Committee for No Kid Hungry’s Taste of the Nation event and is also a Board Member for The Terri Lynne Lokoff Child Care Foundation. In his free time, James can be found exploring his love for combat sports, nutrition, cooking and entertaining for family and friends. 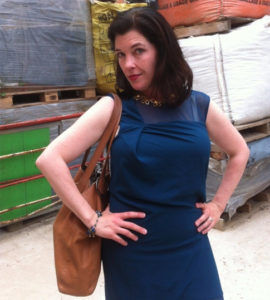 Alicia Crawford-Zeleniak has enjoyed life on both sides of the fence and knows that each is equally green. She is a marketing communications professional with experience on both the client and agency sides of business. She has extensive knowledge of marketing communications, brand identity and advertising, as well as multi-media project management and production. Her forte is in translating corporate/client strategy into brand-building opportunities to generate revenue. She has worked as talent in TV and radio spots, and has managed broadcast campaigns from concept to production to post-production. More recently, Crawford-Zeleniak managed national branding and acquisition advertising as Director, Marketing Communications at Comcast. 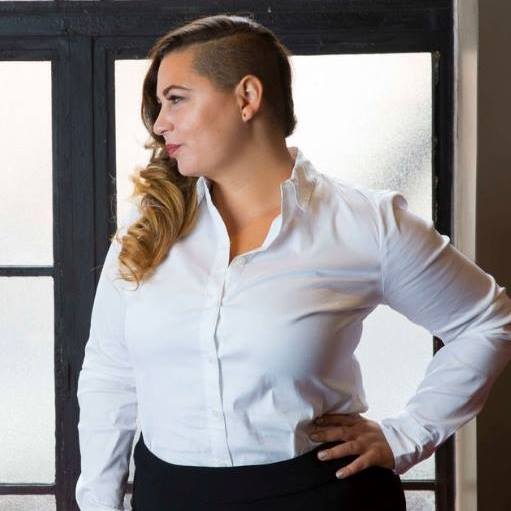 Following two long-term stints at other agencies, Flett recently rejoined the PUNCH Media team which is where she first launched her career and cultivated her love for PR. She is highly respected amongst Philadelphia’s press and business communities, particularly from a food and beverage perspective. Flett is a tenacious and seasoned pro — who like James, shares a must-win attitude for PUNCH Media’s clients. She has extensive experience in developing brand strategies for clients such as Henry A Davidsen – Master Tailors + Image Consultants, Del Frisco’s Double Eagle Steak House, Philadelphia Distilling and Bluecoat American Dry Gin. Flett holds a masters degree in Professional and Business Communications from Philadelphia’s La Salle University and hails from Adelaide, South Australia. Flett is a board member for Morris Animal Refuge and sits on the committee for their Annual Fur Ball Event. She is a proud owner of a rescued pug mix named Lucy-Furr, is an enthusiastic at-home cook, former bartender and retired lacrosse player/coach. 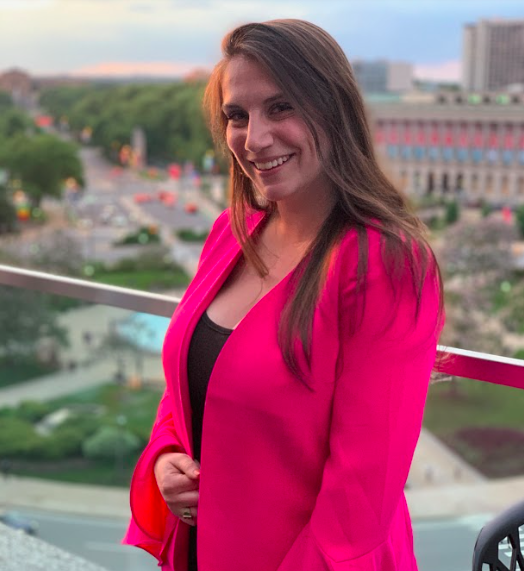 Emily Marmion knows a thing or two about PUNCH Media, having collaborated with James, Kylie, and the team on various projects and clients over the last three years. Emily graduated with a Bachelor of Arts and double majored in English and Communications. Emily’s talents run the gamut of developing pitches, garnering press for clients, social media marketing, managing interns, and more. Following the core ethos of PUNCH Media, Emily has extensive experience in hospitality and has a keen interest in craft beer. 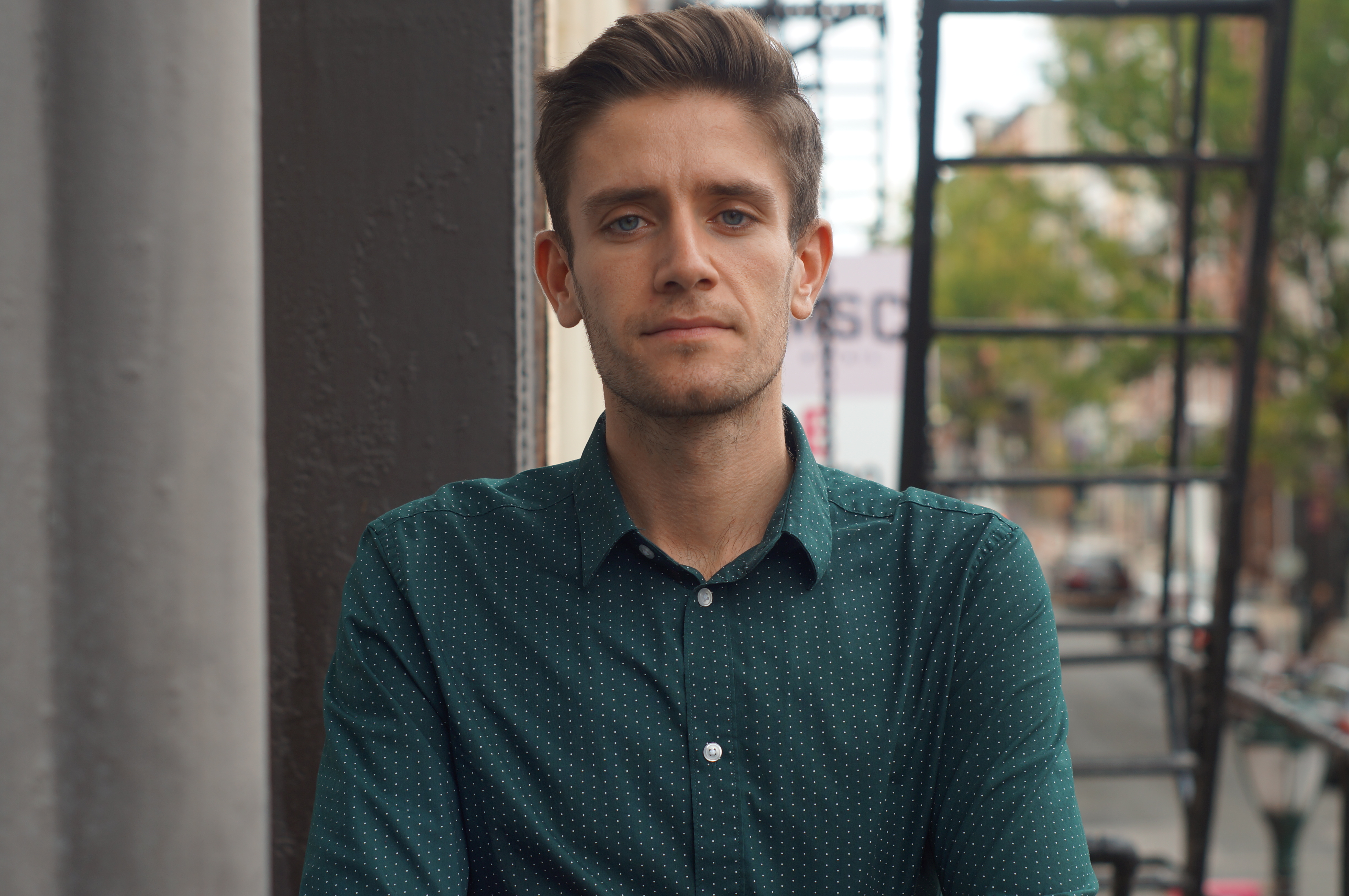 Tobi holds a Master’s Degree in International Public Relations from Ludwig-Maximilian-University Munich, located in the city from which he hails. He has very strong interests in public- and media-relations, as well as influencer collaborations and event production. Before coming to the United States, he garnered press for clients like BMW, HP and SanDisk Germany and produced events for one of Europe’s biggest TV stations. Tobi’s love affair with Philadelphia and its culinary offerings began in 2016, when he started working as PR Manager for Philly’s Christmas Village. When he’s not at the office, you can find the German native taking photos, “gramming” or playing European Team Handball. 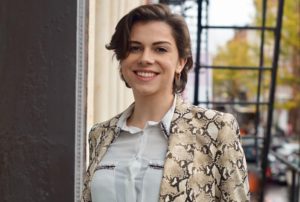 Kira is a Delaware County native, a recent graduate of Temple University with a BA in Public Relations, the frontperson in her band called Humilitarian, and fan of all things Philly culture. Kira’s interests lie in social media development, local music journalism, and food & bev blogging, rooted in years of experience working in the coffee, restaurant, and retail industries. Her experience includes work in social media development, event planning, traditional public relations, and music journalism. She has a range of freelance work published on music blogs including The Key (WXPN), Imperfect Fifth, and Melted Magazine, where she covers up-and-coming indie artists. More recently, Kira became a full-time PR Coordinator with Punch Media after over a year of interning and working part-time with the team. She is looking forward to expanding her experience in the beverage and liquor markets on a national scale with Punch Media. 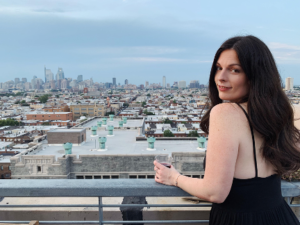 Nicole graduated from Penn State University with a Bachelor of Arts degree in Communications with a focus on Print Journalism, and a minor in Sociology. She has interned for a Philadelphia-based lifestyle magazine where her passion for writing, social media, and showcasing the city of brotherly love came to fruition. As a Philadelphia native and self-proclaimed foodie, one of Nicole’s favorite hobbies is checking out the many acclaimed, diverse restaurants that the city has to offer. Nicole has years of experience working in the hospitality industry, and has a profound interest in photography. 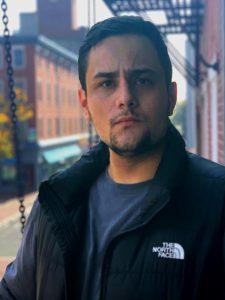 Thayne is a junior graphic designer with a BFA from Temple University. He previously studied at the Tyler School of Art and has a great interest in illustration, typography, and anything related to any form of design. Whether he’s working on his computer or sketching with a pencil and paper, Thayne pushes his level of creativity to develop original, stand-out designs. Some of his previous work includes social media ad campaigns, web/UX-UI design, branding identity, illustration, and packaging design. He was born and raised in the city of Brotherly Love, now he’s out of college and hoping to further his career as a designer and artist. On his off days, you can catch him cooking with friends, listening to music, or riding around the city.

Carmella Martonick studied both public relations and advertising at Philadelphia’s Temple University. Carmella has a keen eye for all things aesthetic, which really comes across in her work. Additional super-powers include mad hula hoop skills, overseeing retail graphic design projects and assisting in brand identity development. In addition to pulling off winning design, Carmella’s other interests are in fashion, bands and having fun with friends. 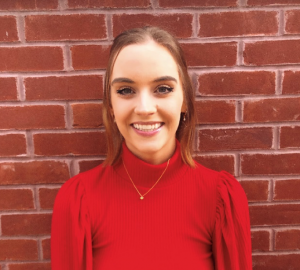 Kali is a Junior public relations major at Temple University. She is currently serving on their Public Relations Student Society of America’s (PRSSA) executive board as treasurer. Since her freshman year, she has been involved in the organization and has gained valuable insight into the public relations world. Kali is interested in fashion or cosmetics PR as she loves to get dressed up and create new looks for herself. When she isn’t working, she loves to browse through YouTube and keep up with what is happening in the entertainment industry. She always had a passion for entertainment and all things glam. Outside of the glam world, she has worked in the restaurant industry for five years. This taught her the ins and outs of how a restaurant operates and what goes on behind the scenes. PUNCH is her first internship, and she is excited to take on this new adventure. 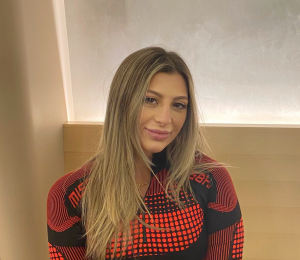 Joanna is a public relations major at temple university. She will be finishing up her degree in the spring. She has a strong passion for the beauty and lifestyle industry. She loves meeting new people and learning from others. She is really open to learning new things in life. She loves dogs and on her free time, she loves to shop or go out to brunch with her friends and travel. She is super excited and looking forward to interning here at PUNCH media. She has experience in social media and other great skills like Wix and iMovie. 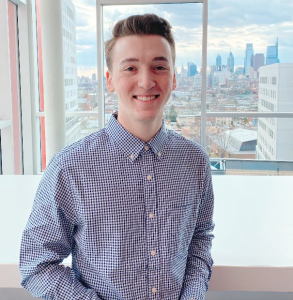 Jackson is a junior Advertising major at Temple University, and is working toward his BA with concentrations in Brand Strategy and Research as well as Media Planning. When not in class Jackson is interning at PUNCH Media, and also works at Allotrope Student Media Agency and holds a position as a Diversity and Inclusion officer for Temple’s Ad Club (TAC). In Jackson’s free time you can catch him painting, drawing, and cooking as well as fueling his love for coffee by always having a cup nearby. Jackson is an avid media consumer and loves representing and promoting all the amazing PUNCH clients throughout the greater Philadelphia area. 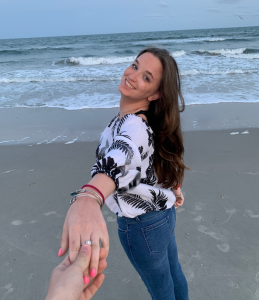 Allanah, a media and entertainment junkie, is a senior Public Relations major at Temple University with plans to graduate this summer. Before attending Temple, Allanah received her Associate of Arts degree in Media Studies from Montgomery County Community College in Blue Bell, PA. While attending MC3 she was heavily involved in the athletic department, serving as a student worker and media assistant for the teams, as well as a co-manager of Monto Radio, a student-run radio station at the school. Allanah loves all things Philly and can usually be spotted at various concerts and sporting events downtown. Allanah is happiest at home watching the Philadelphia Flyers hockey games during the season, catching up on the latest entertainment and sports news, and spending time with friends and family.