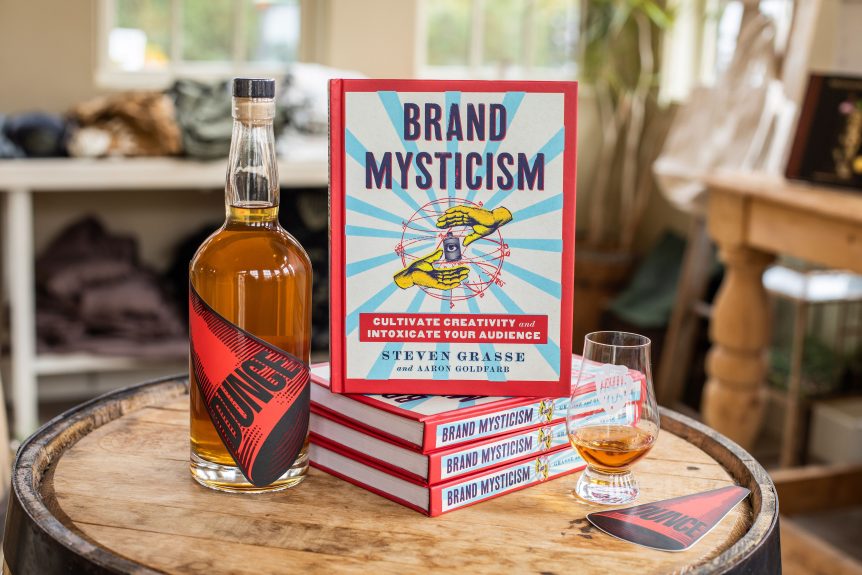 November 10, 2022 — Spirit Savant Steven Grasse has been called many things, but Dunce isn’t one of them. In conjunction with the launch of his newest book, BRAND MYSTICISM: Cultivate Creativity and Intoxicate Your Audience, Grasse, no stranger to viral spirit brands (did you catch Crab Trapper Whiskey on The Late Show with Stephen Colbert? Or Eau De Musc literally anywhere they will allow the biological description of a Beavers’ anus) is at it again. And this time, his inspiration is an esoteric 13th century thinker named Duns Scotus (also called John Duns) who, along with his followers believed the pointed shape of a conical shaped hat would, in a metaphysical way, act as a reverse funnel for knowledge, with wisdom of the universe flowing into the pointed tip and spreading into the mind below. These hats became popular among the Dunsmen and were soon viewed as not just as a symbol of Duns’ beliefs but as a marker of intelligence.

Dunce Whiskey, the world’s first ever book-themed bourbon and Grasse’s newest spirit brand, will be released in concert with his new book, Brand Mysticism, both launching today (National Dunce Day). Presenting at 40% ABV, Grasse will readily admit the liquid was sourced from the infamous Midwest Grain Products in Lawrenceburg, Indiana, the same place so many “craft” brands source their whiskey from…while never admitting it. While a key chapter in BRAND MYSTICISM is called “So You Refuse to Listen to Me and Wanna Create Yet Another Sourced Bourbon Brand?”, with Dunce, Grasse will turn his back on his own lesson, while lampooning it in the process.

As you may know, in the present day, the dunce cap has been a symbol of stupidity and has even been used as punishment, but in John Duns’ day (the one and only namesake for said cap!), it was once seen as something closer to a wizard’s hat and had metaphysical powers. Duns was an intellectual, metaphysician and teacher in medieval Europe who had many followers and earth-shattering beliefs.

“So, my thought was, what if we took the conical caps and rested them on the barrels the whiskey is aged in?” said Steven Grasse. “I talked to my distiller, to a biochemist, several historians, and I even talked to a wiccan, and the answer was repeatedly, why not? By placing the Duns cone hats on the barrels, we channeled the metaphysical secrets of the universe into the whiskey, the same way John Duns and his followers channeled the same truth into their minds.”

Celebrity and fake brands are everywhere in the whiskey business today, but no one has more experience creating authentic brands than Steven Grasse, creator of Hendricks Gin, Sailor Jerry, and more. While researching for his new book, BRAND MYSTICISM which lays out the techniques to create a true, authentic brand, Grasse stumbled across the forgotten teachings of John Duns, Medieval Scottish priest, professor, philosopher, theologian, and origin of the titular Dunce Cap. Many whiskey brands deserve to wear the dunce cap for the unoriginal, fabricated marketing. But Duns’ philosophy goes deeper, his cap was a concentration point for the knowledge of the universe, routing it into the brain of the wearer. Grasse’s new Dunce Whiskey taps this ancient wisdom and is aged wearing a dunce cap, creating the world’s most intelligent whiskey. In fact, the conical-shaped cap infiltrated every step of production, from distillation to hand-labeling, the entire team were adorned with matching red hats. Each painstaking dunce-cap-topped step was captured in THIS documentary.

The old gold hued Dunce Straight Bourbon has a pleasant creamy vanilla/apple combination, with notes of kettle corn on the nose. The mild 80 proof tames the palate of a higher rye bourbon grain bill. Slight peaks of cinnamon and cherry allude to the rye spice expected. The smooth and clean finish makes for a magical, mystical pour. Available nationally via Seelbachs.com for $40, statewide in New Hampshire via New Hampshire Liquor & Wine Outlets, and in Pennsylvania via Philadelphia’s Art in the Age.

“We have founded the company on Metaphysical and esoteric teachings, yes, we believe in science, but we believe in esoteric possibility as well,” said Grasse. By complete coincidence, when our book and bourbon launch date was delayed due to supply chain issues, November 8 was chosen arbitrarily as the new date, which happens to coincide with National Dunce Day. Is this a result of the hand of John Duns? You decide!”

National Dunce Day is celebrated on November 8 every year. The day commemorates the death anniversary of the philosopher, John Duns Scotus. Duns Scotus believed that cone-shaped hats increased learning potential, the same principles used in the creation of Dunce Whiskey. 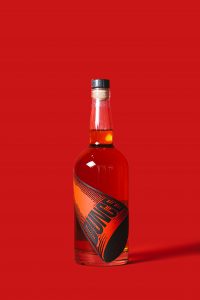