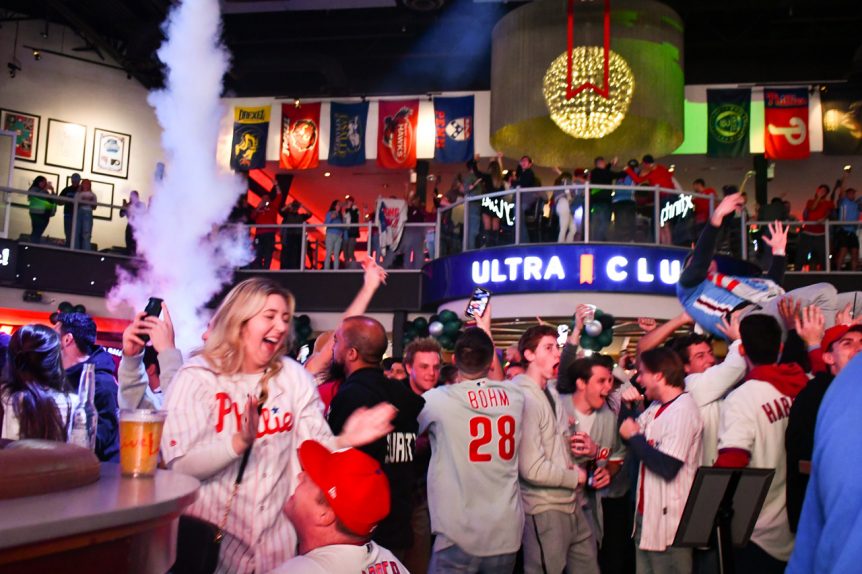 October 28, 2022 – It is officially Red October in the City of Philadelphia! In celebration of the Phillies’ first World Series Championship visit in 13 years, we’ve rounded up a list of game day specials, themed fare, where to watch the games, and even a newly-released cover of the City of Brotherly Love’s unofficial anthem, “Dancing On My Own” — ideal for listening to all series long.

Chef Yun Fuentes, Culinary Director of MilkBoy, the iconic Philadelphia-born brand known for booze, bites, and music, has officially launched an assortment of classic and distinctively unique takes of the Philly cheesesteak, including The Red October Cheesesteak in celebration of the Philadelphia Phillies clinching a spot in the 2022 World Series Championship. Fuentes’ massive and scrumptious The Red October Cheesesteak ($25) spans an impressive 24 inches and is topped with red chili mayo, provolone, and pickled jalapeños, served in eight pieces to facilitate sharing. Philadelphians can cheer on the Fightin’ Phils while indulging in this limited-edition cheesesteak, available at MilkBoy Philly (11th and Chestnut Street) and MilkBoy South Street (4th and South Street), featured solely during each championship game.

True Phillies fans know that the best place to watch the game (without actually being at the stadium) is across the street at Xfinity Live!, the one-of-a-kind dining and entertainment district located in the heart of the South Philadelphia Sports Complex, and the official host of the Phillies Game Day Watch Parties, boasting a mammoth 32’ screen, five venues under one roof, DJs, live music during post-game parties, giveaways from Budweiser, and jam-packed passionate crowds.

CO-OP Restaurant & Bar, an open air-restaurant located at the corner of 33rd & Chestnut Streets, at the crossroads of University of Pennsylvania and Drexel University, is celebrating the Phillies’ success by hosting Game Day Happy Hour this week. Every time the Phillies play, guests can enjoy a line-up of delicious small plates and drink specials while watching the game at the CO-OP Bar or in the Lounge.

The game-time snacks come hand-in-hand with drink specials, featuring a $6 Citywide (obviously), as well as select beers and well-mixed drinks ranging from $4 to $6.

For a complete list of businesses along East Passyunk Avenue, go to visiteastpassyunk.com

SNACKTIME, Philadelphia’s much-loved brass-heavy band rocking funk, punk, jazz, pop and R&B influences and Best of Philly® 2022 Best Band winner, is celebrating the Philadelphia Phillies joining the Houston Astros in the 2022 World Series Championship with the release of their new single and live performance video of Callum Scott’s cover of Robyn’s “Dancing On My Own” on WXPN. The song has recently and rapidly become the unofficial anthem of the Phillies’ post-season success following a viral video of the team singing it in the locker room.

Just in time for the World Series Championship, fans of SNACKTIME (and those who can’t get enough of the highly catchy tune) can now visit the WXPN website to listen to the energetic cover of “Dancing On My Own” and catch a glimpse of the live recording video. 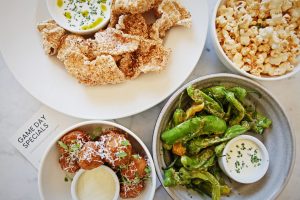