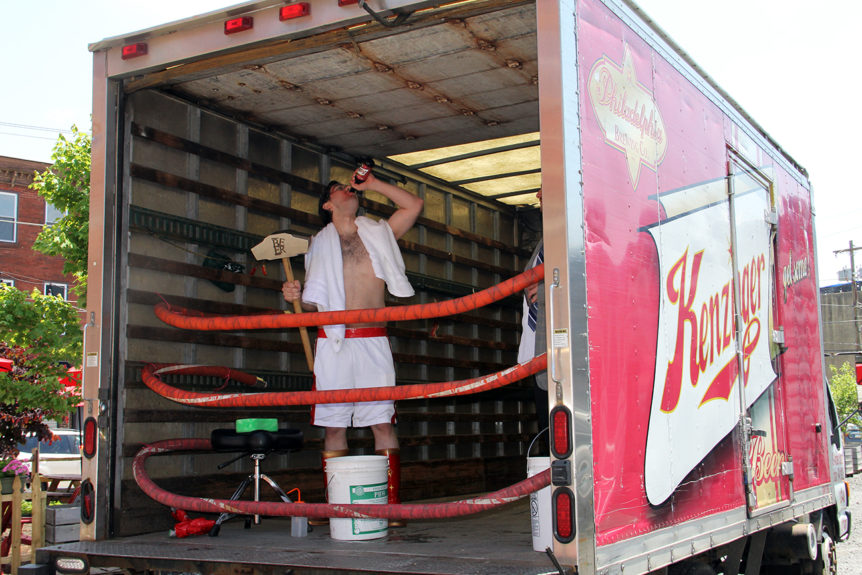 Get your brew on at the below Philly restaurants and bars in celebration of one of the best weeks of the year.

It seems like no matter where Beer Week imbibers end up, they are sure to find a Philadelphia Brewing Company brew. Check out all the dates and locales where some of Philly’s favorite brews will be featured during the beer-filled celebrations.

o   Quizzo at The Abbaye

For the first time ever, MilkBoy, America’s only entity including a bar, cafe, recording studio and live music venues, will participate in Philly Beer Week (Philly Loves Beer; May 31 through June 9, 2019) by hosting three fun and diverse events to celebrate Philadelphia as America’s best beer-drinking city and to position the region as a premiere destination for authentic beer experiences.

The OGB Block Party at MilkBoy South Street will kick off celebrations with an expansive outdoor block party on Saturday,June 1, from 12-8 pm with cans and drafts from six different breweries, music, raffles and more. For more information, please click here.

The Tröegs Independent Brewing Event features popular local band Jimmy Scantron of Low Cut Connie on Tuesday, June 4, from 7 pm-12 am at the MilkBoy Chestnut upstairs concert venue with never before seen releases from Tröegs and giveaways. More information and tickets can be found here.

A first for Philly Beer Week, Get Milk’ed will celebrate the end of Philly Beer Week and the start of Philadelphia Pride Fest on Sunday, June 9, from 12-9 pm at MilkBoy Chestnut with a Queer Pride Festival and a special theme Pride Pils Can by DC Brau Brewing Company. All proceeds of the rare 1,200 pride cans will benefit SMYAL and The Blade Foundation to support LGBTQ youth and LGBTQ journalists. Guests can also look forward to surprise beers from Genius Beer Company and Boulder Brewing as well as a top secret CBD cocktail from Stateside Vodka and free burlesque, drag and art performances at the upstairs concert venue. More information here.

Kick off Beer Week at The Twisted Tail with Blues & Brews on Sunday, June 2 from 5 to 9 pm. Guests can meet and greet the guys behind Levante as they offer a lineup of their popular styles of beer during a Blues Jam session. Guests are invited to grab a guitar off the wall and join in the fun, or muse by the bar with a fresh brew for inspiration.

Then, on Friday, June 7 at 4 pm, stop by for the Barrel Aged Extravaganza, an annual celebration of the art of barrel aging, during Philly Beer Week. The line-up includes all varieties of beer, including The Twisted Tail’s very own house brew (courtesy of Dock St), the Prince Mishkin Imperial Stout, aged in a Maker’s Mark Private Select barrel for nine months.

All selections are available in full pours, or as tasting flights, along with suggested food pairings, as well as the option to pair the beer with the spirit that was originally in the barrel.

Stop by Royal Boucherie on Thursday, June 6 from 7 to 10 pm to get an education on how everyone’s favorite cuts of meat get on the plate and out for dinner with a live butchery demo from chef-owner Nick Elmi. The demo comes full circle for dinner with a menu of meat-centric dishes paired with different beers from Founders Brewing Co.