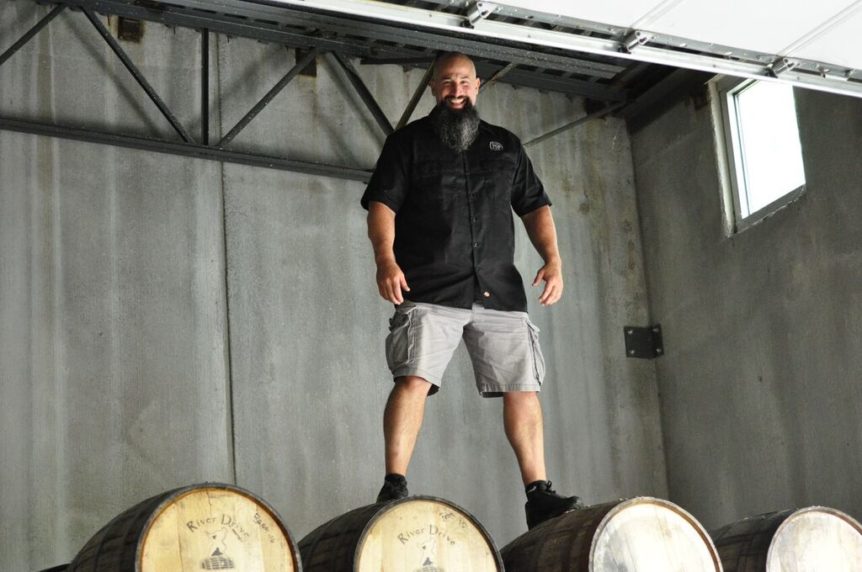 11 October 2017- This past weekend, two-year-old 2SP Brewing Company, an award-winning craft brewery in the Philadelphia region, brought home its second consecutive gold medal in the Imperial Stout class at the Great American Beer Festival for The Russian. They will celebrate their back to back win by throwing a BarrarBQ this Saturday, October 14.

Acclaimed, Head Brewer Bob Barrar, dubbed “The Medal Machine,” has galvanized his reputation as being America’s preeminent brewer of the Russian Imperial Stout style with his 12th medal in the category.

“For Bob to win a gold medal two years in a row for the same beer, which is virtually unheard of, the beer has to be special,” said Michael Contreras, Director of Sales and Marketing. “There have been over 2,000 breweries competing at GABF for the past two years.”

The Russian is unmistakably flavorful and approachable for its 9% ABV. The body is chock-full of flavor, showcasing notes of chocolate, coffee, licorice and licks of vanilla — giving the beer a nuanced creamy flavor. The beer is only brewed a couple of times a year because it is extremely labor intensive.

The Russian will hit tap lines at local Philadelphia bars and restaurants the week of October 23.

For beer lovers hoping to imbibe on The Russian before then, the award-winning brew is currently on tap at 2SP’s Tasting Room at the Aston, PA brewery and will be available this Saturday, October 14 during BarrarBQ, a BBQ and beer bonanza named affectionately after Bob Barrar.

Barrar and the 2SP Team invite beer and BBQ lovers alike to the brewery from 1-6pm for an afternoon of barrel-aged beers, BBQ bites, cornhole, giant Jenga, live music, and more.

The event is pay as you go; BBQ platters overflowing with ribs, brisket, pork belly and a slew of sides will be available for $10 during the entirety of the event.

Local band, Chorduroy, will provide the tunes from 2-6pm.

“We’re so excited to be able to share our recent win at GABF with industry friends and fans of the brewery,” said Contreras. “And what better way to celebrate, then with beer and BBQ?”