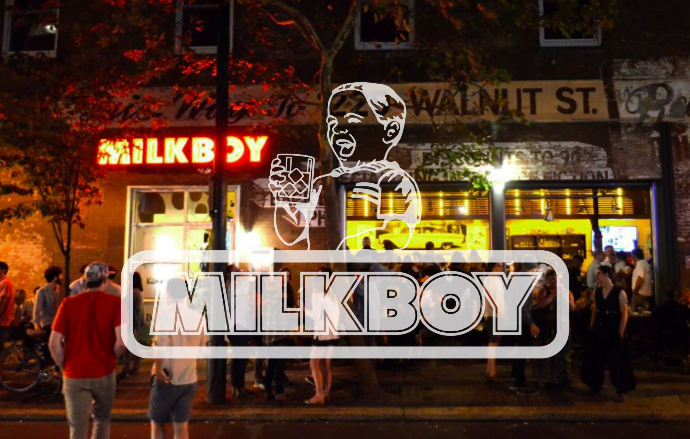 27 April 2017 – We are pleased to announce that we will be working again with the team at MilkBoy!

MilkBoy is a brand that encompasses varied yet complementary entities and endeavors: MilkBoy Philly — the original bar/venue/restaurant location at 11th & Chestnut Streets is open from early morning through late night. MilkBoy South Street, opened in 2016 at the bustling corner of 4th and South streets gives new life to a legendary corner and also brings live music back to South Street proper. MilkBoy ArtHouse is the latest incarnation of the MilkBoy brand — opening in May 2017 at the Clarice Center for the Performing Arts at the University of Maryland.

The two MilkBoy locations in Philadelphia are currently gearing up for the biggest NFL Draft in the league’s history, happening right here in downtown Philadelphia from April 27 – April 29. MilkBoy Philly at 11th & Chestnut Streets is celebrating the NFL Draft with a myriad of specials, often with a nod to its house favorite team — the Green Bay Packers; while a few blocks away, MilkBoy South Street is quickly becoming a Baltimore Raven’s stronghold with a bevy of specials for the Ravens Draft.

MilkBoy Philly:
No matter if you support the Eagles, Packers, or any other team — everyone at MilkBoy Philly (11th & Chestnut) will enjoy $3 Leinenkugel drafts from the great state of Wisconsin offered in both Summer Shandy and Grapefruit Shandy. MilkBoy Philly will also offer $5 well-drinks and $6 Brandy Old Fashioned cocktails throughout the NFL Draft, perfect for imbibing at a street-side table with MilkBoy’s signature glass garage doors flung open.