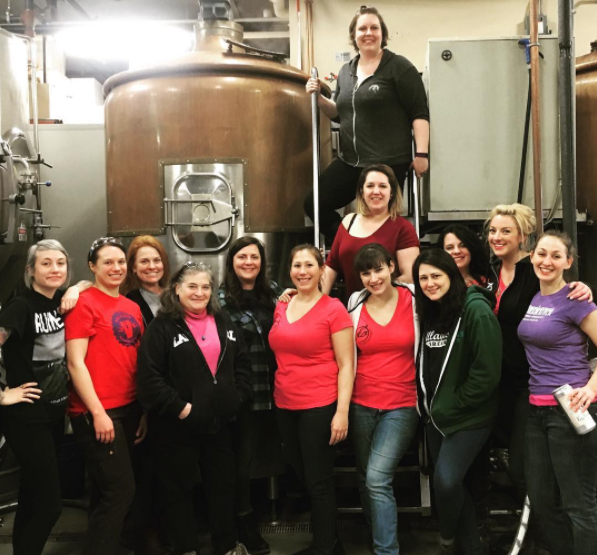 Erin Wallace, Devil’s Den Owner and Beer Maven, spearheaded the launch of the Philadelphia Chapter of Pink Boots Society over a year ago. The Pink Boots Society is a national organization created to assist, inspire and encourage women beer industry professionals to advance their careers through education.

This Saturday, Pink Boots Unite Lager, a collaborative beer brewed by the Philadelphia Chapter of Pink Boots Society, will be on draft at Devil’s Den. The German-style dunkel (6%), brewed on International Women’s Day, serves as an appreciation to women in the beer industry and ode to Philadelphia’s German brewing traditions.

“Although the female presence has grown in the past decade, the beer industry is still very much male dominated,” said Erin Wallace. “Events like this one encourage females to support each other.”

Guests can also enjoy other brews from the local women who collaborated on the Pink Boots Unite Lager, including St. Benjamin’s Wit or Witout, Free Will Impromptu Dance Party Vol 1, Victory Kircsh Gose, and more!

Proceeds from the Pink Boots Unite Lager will go to Planned Parenthood as well as Pink Boots Society. Additionally, Erin Wallace will be accepting donations during the entirety of the event.